Let me start by being frank. The next few cakes  you will see will probably have a tree on it. It’s been something I’ve been so fondly practicing, and by for some reason, I’ve been blessed by cakes wherein I can incorporate them! Haha.

So here’s a Vintage Winnie the Pooh inspired cake set that I did. I personally don’t like doing character cakes because it somewhat limits the imagination, and though we get to put our own twists in the characters, it’s easier to get disappointed. But not this cake! When we first received this inquiry, I was a bit worried because I knew I had to stray from the usual shapes, but was excited because the colour palette was beautiful, don’t you agree? 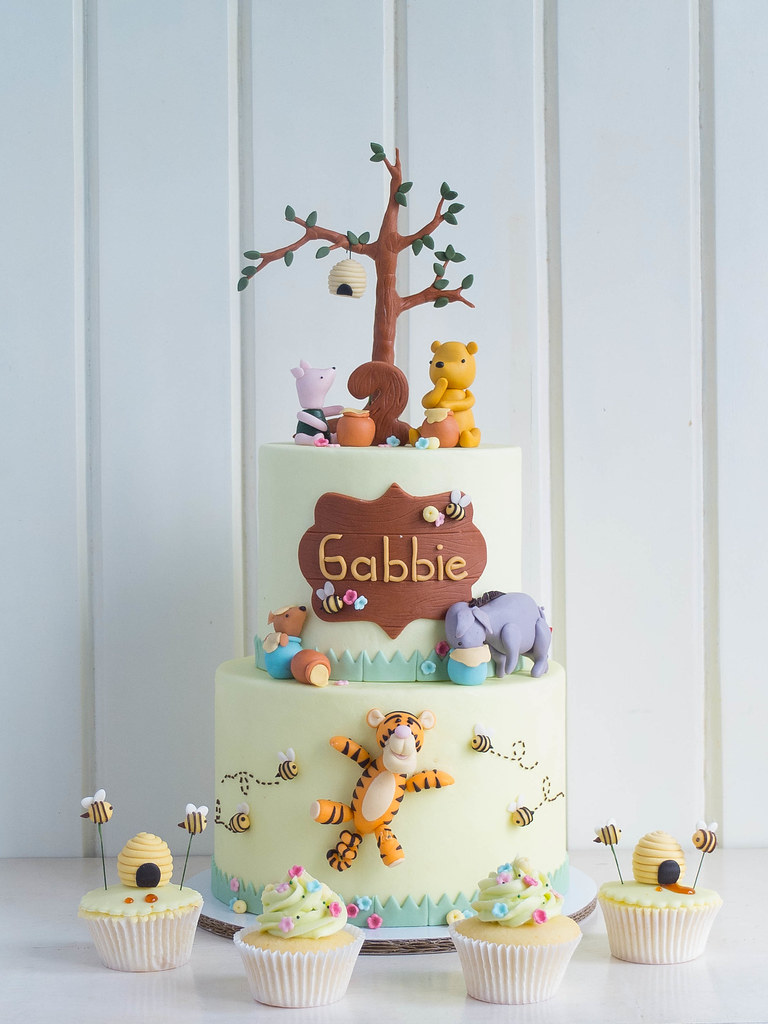 One of the most difficult things to do when doing characters is making them come alive. 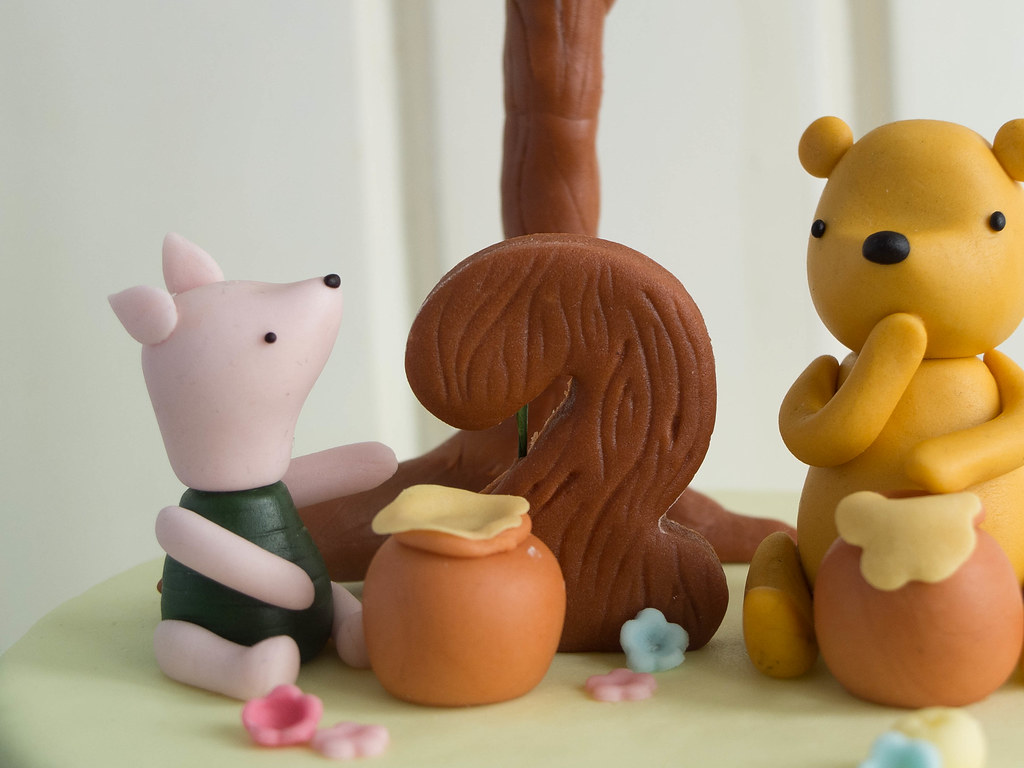 Piglet and Winnie the Pooh

And fortunately, I found an old Winnie the Pooh poetry book in Booksale which I already put in our decorating studio mini library. It had what my cake needed, but what I realised though, Tigger wasn’t in it! So I had to research and find a way to put him there simply because my client requested for it! I researched for the vintage Tigger, but saw that he wasn’t cute enough, hehe, so I just recreated a more modern one hoping it wouldn’t stand out too much!

So anyway, the cake design, we simply cascaded to the cookies and cupcakes 😀 Amazing what a couple of flowers can do for a cupcake!

So that’s it for this week! Next week, I’ll probably post another cake with a tree, inspired by a nursery rhyme!! Yay 😀